Here follows a selection of questions we are often asked.

Screen shot of the QC module. Buzz-o-sonic can be used to establish correlations between strength, porosity or bulk density and Young's modulus (or shear modulus) or a characteristic resonant frequency (flexural, torsional...).

Yes!. Some defects show as frequency shifts, additional peaks or peak splitting in the power spectra compared to a good sample, and/or an increase in internal friction (Q-1). Some testing and comparisons of good and bad parts are usually required. 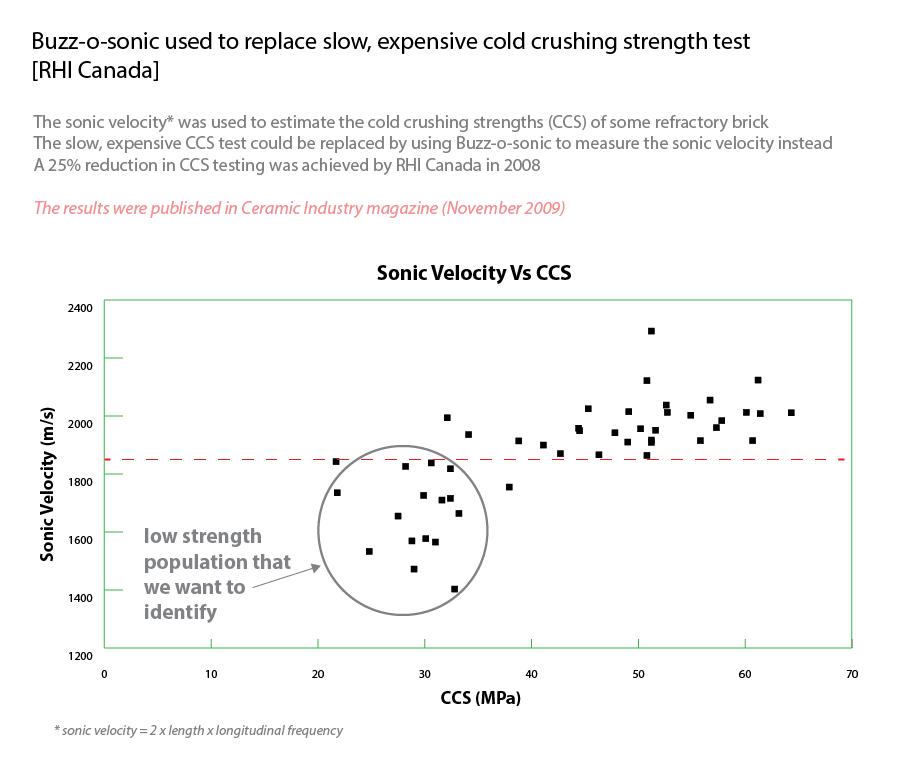 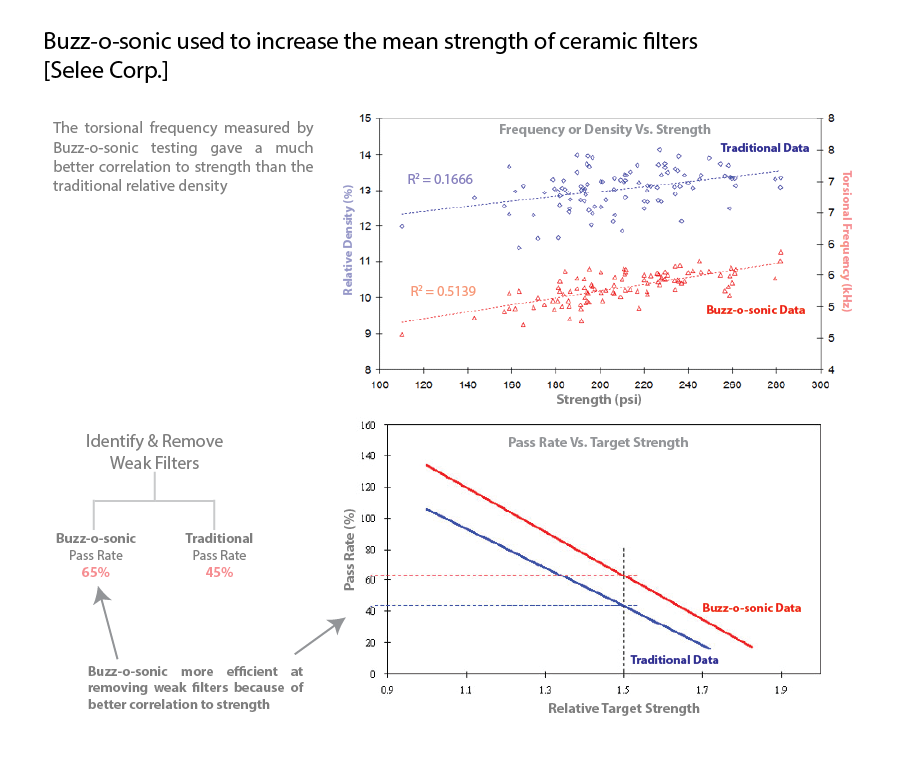 It depends on the shape and elastic properties of the material, but we have tested materials from millimeters to meters. If you know roughly what the Young's modulus of the material is, contact us and we can determine the sizes measurable by Buzz-o-sonic. The thinnest sample tested so far (300 µ) is a ZrO2 electrolyte used in a Solid Oxide Fuel Cell (SOFC). We can also custom design systems to meet your needs by using, for example, high frequency microphones or laser vibrometers to measure smaller or stiffer samples.

Yes. Below is an example of a green ceramic being monitored by Buzz-o-sonic during firing to 1100°C.

We can perform off-site or on-site tests. Contact us for more details.

Yes! Don't take our word for it. Take the word of a world-class independent research laboratory - the High Temperature Materials Laboratory at Oak Ridge Nation Laboratories (ORNL). Researchers there tested and compared Buzz-o-sonic to three other techniques for measuring the Young's and shear moduli of several different materials. Here is an abstract from a paper they wrote1:

Materials Science and Engineering can be visited on line here.

Note: Buzz-o-sonic was used to perform the impulse-excitation technique (IET) referenced in the above paper.

Yes! We provide high temperature systems, kits, or we can do the testing.